Danny shines at the BodyPower Expo 2017

It was a BIG weekend for our Ambassador Danny Thomas down at the BodyPower Expo 2017 – NEC Birmingham.

Danny was up against a very competitive line up making his pro card debut competing in 2 shows back to back over the weekend.

He kicked of his competition with his first show on the Friday 12th May – Danny was up against a very strong competitors from around the UK in the UK Ultimate Physiques pro comp – Instagram:@UKUP_Official

And what a fantastic debut it was coming away with 2nd place and winning best abs on the day out of 200 competitors – which is huge achievement with the standard of athletes that graced the main stage.

The following day Danny took to the stage once again to compete in the PCA Qualifiers – 19 other athletes in his class.

We are proud to say he came away with 1st Place gaining a spot in the finals which will be held on the 11th June 2017.

The team is excited to see how Danny does as he continues to work hard to be at his best and showcase his best physique to date.

Can he bring home the win?

You can keep up to date with his progression and journey by heading over to his Instagram: @Dannyt_ukup_pro. 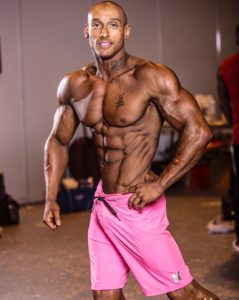 Leave a reply Click here to cancel the reply